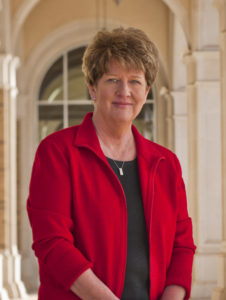 Unless you’ve lived under a rock in Lubbock, you most likely know who Marsha Sharp is. Your commute in Lubbock has probably included a route through the Marsha Sharp Freeway, and who can forget the year 1993 when Coach Sharp lead the Lady Raider women’s basketball team to its first-ever NCAA Division I National Championship?

In an exclusive interview with Campus Live, we sat down with Coach Sharp to discuss life outside of basketball, gain some knowledge of her background, and catch up on what she’s doing after a successful coaching career as the head coach for Lady Raider basketball.

“My family was from Tulia but I was actually born in Washington when my dad was part of the U.S. Navy. I finished my high school education in Tulia and went to college at Wayland Baptist thinking I wanted to be a lawyer, then came out as a basketball coach, go figure,” Sharp said.

Sharp came from a family of Red Raiders and considered herself extremely blessed when named the head coach for Lady Raider basketball. “I grew up in a family that was rooted in West Texas. My parents grew up in Tulia, and a lot of my family is in the Panhandle, which made it even more special for me to be able to coach at Texas Tech,” Sharp said.

It’s not every day a collegiate basketball coach can look back at their accomplishments and have an NCAA Division I National Champion under their credentials, so we asked Coach Sharp what went through her head when the Lady Raider basketball team was crowned the title.

“I don’t suppose anything could ever match, professionally, being the best in your sport for a particular year,” Sharp said.

“I was so thrilled for our team, for our fan base, for West Texas, and for Texas Tech University of course, but to do that with a group of people you spend so much time with and put so much work into, it’s just the best feeling in the world.”

Sharp described her current initiatives after coaching as, “working with the great staff here at Texas Tech to incorporate life skills and career opportunities for our athletes. e programs I’ve been able to work around with Kirby Hocutt and the folks at the J.T. and Margaret Talkington Leadership Academy are about trying to prepare people for life.”

Outside of athletics, Sharp describes her life as “I love to travel, I love watching athletic events, you can nd me at almost every contest that Tech plays, I try and play a little golf, and I love spending time with my family.”