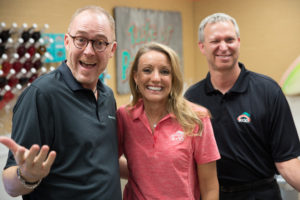 Even in the winter, it’s summer at Bahama Buck’s.

Blake Buchanan, the founder of Bahama Buck’s, thought of the idea while flipping through the Thrifty Nickel one day. Blake explained he saw a guy was selling snow shack equipment, and he wanted to give it a try. After telling his father about it, he helped Blake build the first Bahama Buck’s during his sophomore year at Texas Tech University.

Blake added it was a great summer job. He said all he had done throughout middle school and high school was mow lawns with his older brother. Also, Buchanan urged it was a great way to get out of the 100-plus degree weather.

“That’s how the original store started,” Buchanan said, “with just this crazy idea and this tiny shack.”

After he took a stockbroker position out in Phoenix, Blake opened the second store in Tempe, Arizona. From that moment on, he has worked alongside his Texas Tech friend, Eric Lee, and his father, Tom Buchanan, to turn Bahama Buck’s into a franchise corporation with over 100 stores.

Even though Bahama Buck’s was not created in the Bahamas, Blake explained that the company shows the power of a great idea and entrepreneurship.

“Our vision is to bless our guests,” Buchanan emphasized. 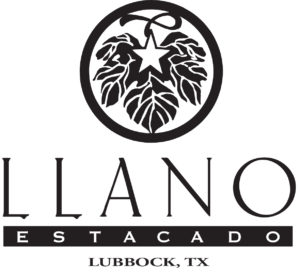 Now that they have great momentum, Blake stated the goal is to have 200 stores by 2022. Even though Texas is almost full for territory, Buchanan revealed they are looking at great expansion for the company. Even with growth, Blake said they love living in Lubbock.

“It really is one of the friendliest cities in the nation, as far as we’re concerned,” Buchanan acknowledged.

Blake pointed out that Lubbock is where he wanted to raise a family with his wife, Kippi Buchanan, and their three boys. He described his family as high adventure, full of sports, camouflage and hunting.

“We’ve been to a lot of places, but we always love calling Lubbock home,” Blake said. “This is home for us.”

Buchanan said Lubbock’s greatest feature is the community and the people. Blake explained he loves being involved in people’s lives.

“We love being part of their shareable moments,” Buchanan said. “If we can do that, then we feel like we’re really fulfilling the call we have as a company.

In addition, Blake expressed Lubbock is a friendly place to own and operate a business. With a chunk of corporate employees being Texas Tech alumni, Buchanan described that as being what makes Bahama Buck’s fun.

“We love the local vibe, Lubbock, and our Red Raiders,” Buchanan said with a smile.

Behind the Music – Lea Fulton