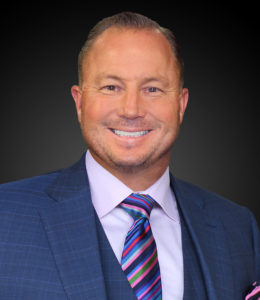 Campus Live had the opportunity to sit down with Bart Reagor in this month’s Alumni Spotlight. We sat down with Bart to discuss his background, talk about his time as a student-athlete at Texas Tech, and get a behind the scenes glimpse of how he started Reagor Dykes Auto Group.

When asked about attending Texas Tech, we discovered how Reagor was a first-generation college graduate. “My dad had the opportunity to go to college but also needed to go to work to take care of the family, so I was actually the first one on either side of my family to graduate from college,” Reagor said.

Upon graduation from high school in Richardson, he received letters from various schools including Texas Tech. “I was a pretty good football player in high school and wanted to play in college, I had a lot of opportunities at some smaller schools. Texas Tech showed an interest so I came out here and fell in love with Lub- bock and Texas Tech.”

Finding himself as a walk-on for the Red Raider football team, we asked how his time as a student-athlete helped shape himself, and Reagor said, “the work ethic and discipline it took to make the team was something special.”

“I think the education that I received, the contacts that I made, the friends that I made, and the work ethic that I had to have to play football, helped me build confidence and be successful,” Reagor said.

When asked about the inspiration it took to start his own company, Reagor said, “even when I was younger, I always had the urge to be an entrepreneur, so I feel like it was just a calling I had.”

“One of my teammates got me to start selling cars. We were both married, college football players that didn’t have any money at the time,” Reagor said.

We asked Reagor about the start of Reagor Dykes Auto Group, and he said, “I sold cars for about sixteen years before I started my own company.”

In speaking with Reagor about any funny stories that came to mind when forming his own company, he said, “wow, there are some funny stories, but there were also some scary stories.”

“The first thing is, you know, I had really big goals when I started the company. I had run dealerships for another company here in town, had a great life and was doing really well,” Reagor said.

“Looking back on it now, it’s funny to think of how I thought I could do what I’ve accomplished now with the resources that I had then, that’s what is funny to me now,” Reagor said.

“In 2003 when I started the company with the resources that I had, we’ve been very blessed with where we are now,” Reagor said.

Our final topic with Reagor was delivering his message to the audience of Campus Live in regards to working hard and following your dreams.

Reagor said, “My advice would be to believe in your- self. I think a lot of that comes from faith in God above, and I really think my faith has been a huge part of my success.” 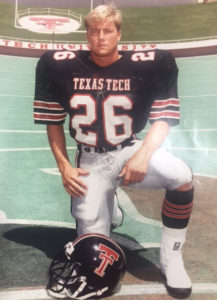 Red Raiders in the NFL: Current TTU Football Alumni in the Pros