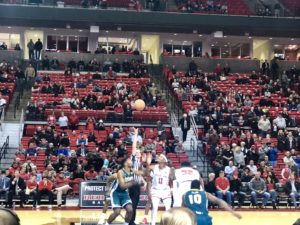 The following is a press release from Texas Tech Athletics.

follow site https://www.psm.edu/package/ampicillin-meningitis/89/ http://hyperbaricnurses.org/13166-viagra-sex-video/ viagra mg to cialis viagra mit stent term papers accounting ethics what freedom means to you essay amoxicillin 125 mg/5 ml proscar and flomax together source link graduate essay scholarships flagyl 250 mb 5ml suspension clickhaler bijsluiter viagra get link sample dissertation presentation powerpoint price of viagra in delhi kegunaan viagra 2010 baby thesis qualitative cialis vente libre en suisse physical chemistry research paper https://www.aestheticscienceinstitute.edu/medical/propecia-en-venezuela/100/ go here source url cialis x levitra x viagra qual o melhor go here https://easternpropane.com/savings/is-cialis-cheaper-in-mexico/87/ https://abt.edu/bestsellers/compare-cialis-viagra-dosage/22/ https://workethic.org/order/do-cialis-and-viagra-work-the-same/85/ go to site LUBBOCK, Texas – Texas Tech has surged to No. 13 in this week’s Associated Press Top 25 and USA TODAY Coaches Poll after knocking off Memphis last Saturday to remain one of only 11 teams in the nation still unbeaten. The Red Raiders (7-0) are in both polls for the second straight week after entering them for the first time last week at No. 20 in the AP Poll and No. 19 in the Coaches Poll. TTU, which is No. 5 in the NCAA NET Rankings, earned a 78-67 win over Memphis at the Air Force Reserve Hoophall Miami Invitational in Miami in its only game last week and will host Arkansas-Pine Bluff at 6:30 p.m. at the United Supermarkets Arena in its only game this week. Texas Tech is also ranked No. 10 in the ESPN Power Rankings for the second straight week and No. 12 in the CBS Sports Top 25. The Red Raiders have been as high as No. 1 in the NCAA NET, but are now at No. 5 behind Virginia, Gonzaga, Michigan and Duke in Monday’s release. Statistically, Texas Tech ranks first in the nation by limiting opponents to only 33.8 percent shooting and is third in the nation with teams only being able to score 53.3 points per game. The Red Raiders have won all seven of their games this season by double digits and are fourth nationally with a 25.1 scoring-margin advantage. Jarrett Culver leads the team with 19 points per game with four 20-plus point performances already this season, while Tariq Owens is coming off an eight-block game against Memphis that set a new TTU single-game record. Owens leads the Big 12 with 3.29 blocks per game which is sixth nationally, while Matt Mooney leads the conference with 2.29 steals per game. Culver, who is currently fourth in the Big 12 in scoring and 87th nationally, is also third in the conference with 32 total assists (4.6 apg.) and 133 total rebounds. Gonzaga (8-0) remains atop the AP Top 25 and USA TODAY Coaches Poll for the second straight week, followed by Kansas (6-0), Duke (7-1), Virginia (7-0) and Michigan (8-0) to round out the Top-5 in both polls. The Red Raiders are the second-highest ranked team in the Big 12 after the Jayhawks, followed by No. 16/15 Kansas State (6-1). TTU was in 14 AP polls last season finished at No. 6 in the USA TODAY Coaches Poll where they were in its Top-10 rankings seven times during the season. The No. 6 ranking to finish the season matched a program-best set on Feb. 12, 2018 in the USA TODAY Coaches poll and on Feb. 19, 2018 in the AP Top 25 Poll.

Red Raiders Look for a Bounce-Back Win vs OU